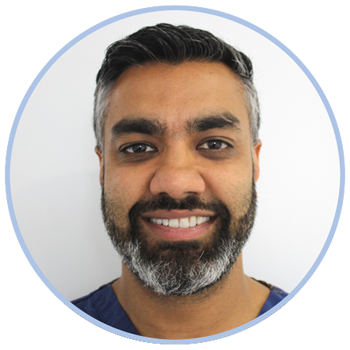 Sundip graduated from The University of Sheffield in 2005 and completed his training in Leicester. Following this, he moved to the North-West where he worked as a Senior House Officer in Maxillofacial Surgery and completed his MFDS Qualification from the Royal College of Surgeons (Edinburgh).

During his time in the North West he became an Oral Surgery Tutor at the Manchester Dental Hospital and the Salford Royal Hospital.

Outside of dentistry, Sundip loves spending time with his wife and their three beautiful children. His main interests lie in Movies, the 80’s, Music from the 80’s, 80’s Movies and his beloved Arsenal FC.